“Cineways” is dedicated to international film. In addition to the entertainment factor, which is clearly in the foreground, it is the genre cinema that receives the special attention. “Cineways” has set itself the task to reveal another facet of the wide genre cinema range each year. In addition to the great premieres, fresh discoveries and original outsiders who are supposed to create the right mix of aspirations and entertainment, it is one of the essential functions of “Cineways” to promote the rediscovery of forgotten genres, to put them in the public appeal and make them accessible to everyone. 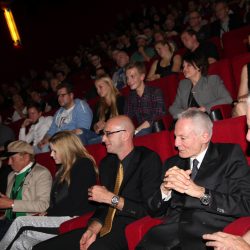 In order to put the interest in the genre cinema into an overall context, the retrospective of works by an internationally successful director is at the center of the discussion, which covers a focal point of the presented genre. In a relaxed atmosphere, the audience and interested parties are given the opportunity to rediscover and get to know each other, with a lively exchange between film makers and the public. Panel discussions after and before the performances are part of a program, which is also understood as a cultural and active exchange of creators and audience.

The festival is accompanied by events that actively involve the public and which present the opportunity to get to know the star guest, who is also accompanied by other celebrities, in an informal atmosphere. An opening and closing film, a public prize, as well as raffles with attractive prices around the film complete the program.